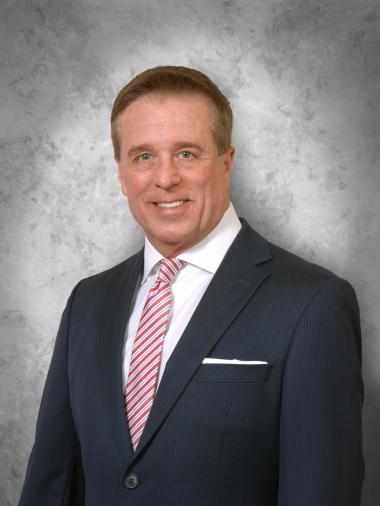 Dr Harris has been in full time practice since he completed residency training.

is originally from Iowa where he received a Bachelor of Science Degree from Morningside College in Sioux City. He subsequently received a Doctor of Medicine degree from the University of Iowa College of Medicine in Iowa City. Thereafter he completed a residency in Family Medicine in Sioux Falls, South Dakota.

Dr Harris has been in full time practice since he completed residency training. Initially with Dakota Clinic, LTD in Fargo, ND for five years and subsequently with Meritcare Medical Group for 13 years. Dr. Harris now is in private practice and co-owns Plains Medical Clinic, LLC with Dr. Joel Schock.

In addition to the full-time clinical practice of Family Medicine, Dr. Harris has lectured extensively on the psychopharmacology of Depression, Bipolar Disorder, and ADHD. He is an Assistant Clinical Professor in the Department of Family Medicine at the University Of North Dakota School Of Medicine. Dr. Harris is currently and/or previously a principal investigator in several clinical trials studying osteoporosis, alzheimer's disease, cardiovascular disease,diabetes, restless leg syndrome, postherpetic neuralgia and asthma. Past appointments include Chairman of the Department of Family Medicine, MeritCare Hospital, Fargo, ND, 1994-1996.

In Dr. Harris's day to day clinical practice, he stresses the need for his patients to attain/maintain their ideal body weight and emphasizes physical fitness as a cornerstone of overall health. Many of the problems he encounters are the result of poor lifestyle choices of individual patients. He notes an increasingly higher incidence of diabetes, high blood pressure and high cholesterol, all which further the risk of cardiovascular disease and premature death. Poor physical fitness and obesity are to blame for most of the problems. Dr. Harris resides in Fargo with his spouse Sheila and their 7 children. In his spare time he enjoys, weight training, cycling, and water sports.

Fill out my online form.